“Our organization had no extermination plan. It inflicted their punishment on individuals who had been tried in absentia and found guilty of mass murder.”Arshavir Shiragian. The Legacy (Memoirs of An Armenian Ptriot)

Operation Nemesis was the code-name for a covert operation in 1920s to assassinate the Turkish masterminds of the Armenian Genocide. The secret operation was headed by Armen Garo, Aaron Sachaklian and Shahan Natalie1.

After the end of World War I, the Ottoman military tribunal condemned to death the principal Young Turk leaders responsible for planning and execution of the Armenian Genocide. However at the conclusion of the trials the condemned were freed. They fled to European capitals living under assumed names. In the early 1920s, the Armenian Revolutionary Federation (ARF) at their 9th World Congress held in Yerevan approved a secret resolution2 called The Special Mission (Haduk Gordz) to punish the main perpetrators of the Armenian Genocide. Between 1920-1922 the perpetrators were located and felled by the Armenian avengers.

The condemned assassinated were

Fatali Khan Khoyski on June 19, 1920 in Tbilisi by Aram Yerganian3
Talat Pasha on March 15, 1921 in Berlin by Soghomon Tehlirian4,5
Bihbud Khan Jivanshir on July 18, 1921 in Constantinople by Misak Torlakian6
Said Halim Pasha on December 5, 1921 in Rome by Arshavir Shiragian7
Dr. Bahaddin Sakir on April 17, 1922 in Berlin by Aram Yerganian8
Cemal (Jemal) Azmi on April 17, 1922 in Berlin by Arshavir Shiragian8
Jemal Pasha on July 25, 1922 in Tbilisi by Stepan Dzaghigian9
Enver Pasha in 1922 in Tajikistan by Hagop Melkumov an Armenian member of the Red Army10

The traitors assassinated were 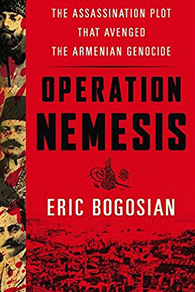 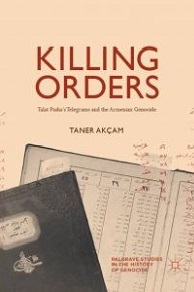 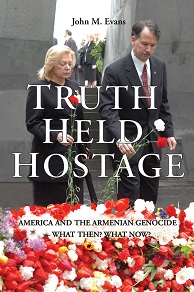